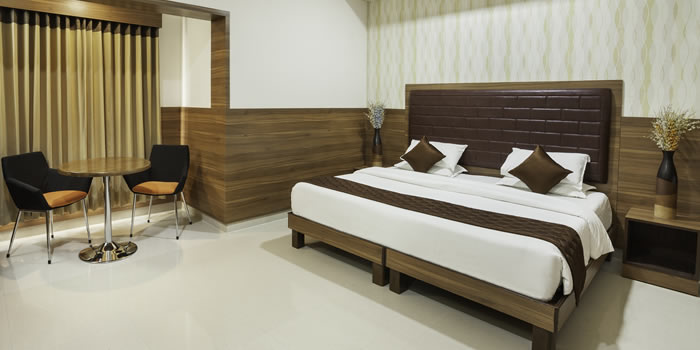 Jul
2022
Hotel rooms below Rs 1,000 to get expensive, but industry divided over GST Council’s move

Industry insiders says it’s a good initiative since the large inventory of unorganised and unlicensed hotels in this category was posing a problem to the government and the hospitality industry. However, some feel it will hurt certain segments of tourist inflows.

Budget travellers will have to shell out more money now that hotel rooms below Rs 1,000 will be taxed at 12 percent Goods and Services Tax (GST), a decision which was taken by the GST Council during its two-day meeting starting June 28. The move will take effect on July 18.

Rooms below Rs 1,000 were earlier exempt and those above the threshold were charged 12 percent GST. Rooms above Rs 7,500 fell under the 18 percent GST tax bracket.

"We were hoping that the 18 percent category will come under 12 percent because that is where it becomes expensive," said Pradeep Shetty, Joint Honorary Secretary, Federation of Hotel and Restaurant Associations of India (FHRAI).

But for hotel rooms with tariffs below Rs 1,000, Shetty thinks that bringing them under the tax ambit was needed.

"There is a large inventory of unorganised and unlicensed hotels in this category which were posing a problem to the government and the hospitality industry. It is a good initiative that everybody comes within the sweep of taxation."

Shreyas Kudalkar, owner of Kings Hotel & Resort, said since his hotel offers both categories, it will benefit the business as the clients will want to upgrade by spending more money because the price difference won't be as significant in the future. "From a business standpoint, it won't have a significantly detrimental effect, but travellers may give alternative rooms a second thought."

Pallavi Agarwal, Founder & CEO, goSTOPS, a backpackers’ hostel platform, said that levying 12 percent GST on rooms below Rs 1,000 legitimises the budget category hotels. "A major share of our revenue comes from dorm beds, on which we were initially not allowed to charge GST. With this new decision, we will now be able to charge GST on the entire bed revenue and eliminate the loss of GST input that we were suffering till now."

It creates credibility for the budget hotel category, said Arshdeep Singh Mundi, Executive Director, Jujhar Group, which forayed into the hotel industry this year by acquiring Fairfield by Marriott Hotel, Amritsar. He added that inclusion of this category under GST will lead to improved facilities for guests.

Agarwal of goSTOPS shared similar sentiments. "It (12 percent GST on rooms below Rs 1,000) will increase the prices in the market, and push the hotel operators to deliver quality services that resonate with the increased pricing."

Anushkaa Arora, Principal & Founder, ABA Law Office, said that while levy of 12 percent will mean improved revenues for the government, administrative ease, clarity for customers, and improved quality services, initially this may pinch the customers.

Richa Patil, Co-founder, AllFive, a travel discovery and booking platform, thinks that the inclusion of hotel rooms with tariffs below Rs 1,000 in the 12 percent GST net will heavily impact the vendors of these hotels. "There should be some amount of exemption in terms of percentage like reducing 12 percent to 5 percent. They may now start degrading the value addition for customers."

Abhishek Agarwal, Director, Sales & Strategy, Jungle Camps India, which offers camp sites, said that 12 percent GST will make it costlier for people and families who come to metros from Uttar Pradesh, Bihar, Madhya Pradesh, Rajasthan, North East and take cheap accommodation for long-term stay. Customers include patients, and students, among others. "I do see occupancy coming down," he said.

Mehul Sharma, Founder & CEO, Signum Hotels & Resorts, said that demand for budget hotels has seen a significant jump, especially after the drop in number of COVID-19 cases in the last few months.

Kudalkar said that the small hotel segment makes up about 20 percent of the total hotel market. "The appropriate accommodations for these categories are lodges, hostels, and dorms. However, their market share will decrease after addition of 12 percent GST on room rents below Rs 1,000," he said.

Harsha Parbat, CEO, AllFive, thinks that this could impact the business coming from international travellers visiting India. "Markets like Singapore, and Thailand have smaller tax brackets for budget hotels. So, the young foreign tourists might prefer other countries because it is cheaper there," she said.

But FHRAI's Shetty is confident the 12 percent GST cap on rooms costing below Rs 1,000 will not affect travel demand. “It is not a large amount, so I don't think it will hurt the consumers," he said.

He added that the hospitality industry is seeing strong recovery, both in terms of occupancies and revenue after two years of COVID-19 which had hit the industry hard.

"Recovery has been good in the last four months. Occupancy is almost at pre-COVID-19 levels by now, especially in metro cities because tourist destinations had recovered much earlier. Revenue has recovered 80-90 percent versus pre-pandemic levels, and by the end of 2022 it will be back to pre-COVID-19 levels," said Shetty.

Jul 19 2022
Industry insiders says it’s a good initiative since the large inventory of unorganised and unlicensed hotels in this category was posing a problem to the government and the hospitality industry.
SOCIAL